You're reading Pixel2URL Blog. We write about apps.

You’ll be able to immerse yourself completely when you watch videos on Opera’s browser if you have a VR headset.

Opera is jumping onto the VR bandwagon.

Opera Developer 49, the browser’s latest developer update, lets you watch all videos online using an embedded feature called the VR 360 player, the company said in a blogpost today. It works for VR headsets compatible with OpenVR, including the HTC Vive and Oculus Rift, and will even work with 2D videos.

Opera isn’t the first browser to come equipped with support for VR content, although others, such as Google Chrome and Firefox, typically support WebVR rendered content. Opera says it expects to add support for WebVR “soon,” but no timeline was given.

The browser’s new feature takes away the inconvenience of having to download videos and playing them on another player, says Opera. Instead, the embedded player automatically detects a VR headset installed onto your device and lets you play your videos on it “instantly” by clicking on the “Watch in VR” button that will appear on top of the film.

The new feature is available on Opera’s desktop browser. “Supporting  VR content viewing in our mobile browsers is part of our road map,” the company said. 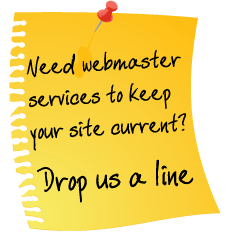